All Points in Between

Some of the most interesting poimts of interest can only be found by leaving the quant towns and head off into the beautiful countryside. Ghost towns, cemeteries and even the first oil well in Florida are just a few of the historic places nestled in the woods of Washington County. 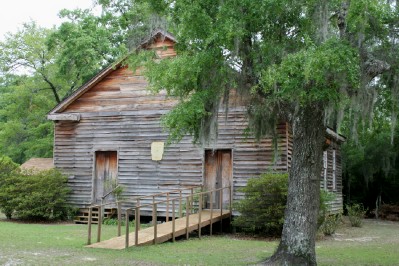 The church here was actually founded as a Methodist Mission soon after Florida was
transferred from Spain to the United States. Services were held neighborhood homes
until a log structure was constructed during the 1820s. The building deteriorated over
time and the current sanctuary was built from milled lumber in 1857. The church was a centerpiece for life in the community at the time of the Civil War. A number of its members served in the Vernon Home Guard and fought on September 28, 1864 at the Battle of Vernon.

Some of these were captured in the skirmish and taken away to Northern prison camps,
where they died and were buried far from home. They are memorialized, however, by markers in the Moss Hill Cemetery. The cemetery contains the graves of many men who served in the Civil War. The church grounds and cemetery are open to the public daily and a marker on the grounds provides a brief history of the historic structure.

Moss Hill Methodist Church is located on Highway 279 between Vernon and Greenhead in Washington County. 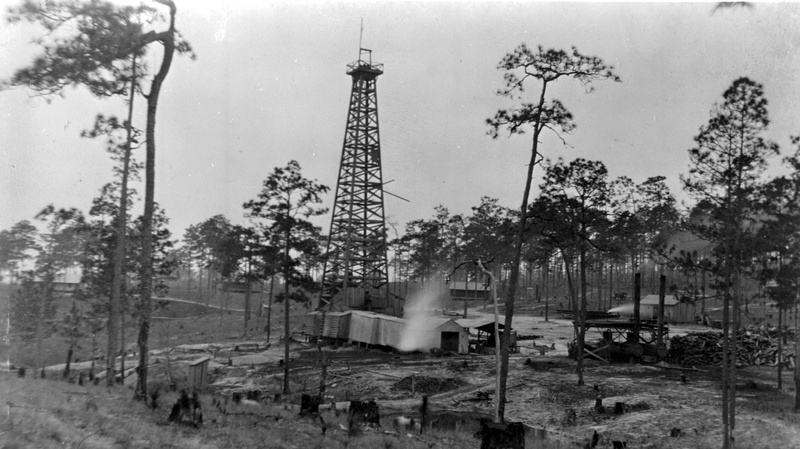 One of Washington County's most unique historic sites is the location of one of the first
commercial oil wells ever drilled in Florida. Located along a nature trail at Falling Waters
State Park just three miles southeast of Chipley, the site preserves the little that remains of the drilling attempt and includes an interpretive display that allows visitors to read about the unique effort.

In 1919, following years of rumors of oil buried deep beneath the hills of the area, independent oil seekers drilled several wells in eastern Washington and western Jackson Counties.

The efforts received heavy local investment and became something of a "treasure hunt,"
fueled in part by a suspicious document said to have been writing by a Spanish explorer
named Jose Matanzas.

The oil well at Falling Waters Hill became a remarkable achievement. The drillers built a
wooden derrick and pushed down to a depth of 3,900 feet, a remarkable depth for the time and location.

At one point they generated considerable excitement in the area by striking a pocket of
natural gas, but no gusher was ever found. In the end, the wildcat effort came to an end and the well was capped. Documentation of the efforts indicates that the drillers were not able to find oil in what they termed "commercial quantities."

This is a fascination notation because it does indicate that they at least found
something. At the time, however, it was considered to costly to continue the project.

The drilling attempts at Falling Waters Hill and other locations in the area were not all
that far-fetched. Decades later a large field of commercial crude was found in Northwest
Florida near the community of Jay.

While the well did not produce commercial quantities of oil, it did eventually give the
people of Washington County a great treasure. Many years later, a cow fell into one
of the sludge pits left over by the drilling operation. Heavy newspaper coverage about
the "dangers" of the site, combined with a strong push by civic minded citizens, resulted
in a decision by International Paper to deed the ground to Washington County. The land
formed the core for today's much larger Falling Waters State Park.

See a list of 9 Hidden locations in Florida. Falling Waters State Park is # 3

https://youtu.be/v11Q7rGeY3M  Where the Tall Pines Grow

The museum carries the full collection of E.W. Carswells books of Washington County and the surrounding area. They are available to be added to your historic library collection. Stop by the museum and pick up your copy.

who have a common goal

Quote of the Day